Step wells are large wells that allow people to descend via steps to the water table, where they can obtain water to carry back up to the surface.  These features were widespread in India and in active use from the 2nd century AD to the end of the 19th Century, when they were superseded by more modern water infrastructure of canals and pipes and largely forgotten.  Today these step wells are being revisited as sustainable water management features, and appreciated for their exquisite beauty.  Following traditional patterns, a new such step-well was recently built in Jodhpur, a water-stressed city on the fringe of the Thar Desert of India, with capacity of >17 million liters of rainwater.  Architect A Mridul discusses step wells and his design for the Jodhpur well, using site-quarried sandstone and local artisans.

A Mridul is a Jodhpur-based architect whose practice emphasizes integrating cultural heritage, contemporizing traditional practices to make them timeless and relevant to current generations.  He is passionate about the ancient water heritage of India and has been campaigning for its regeneration, mainstreaming and replication.

This talk is presented as part of the Institute of International Studies Interdisciplinary Faculty Seminar Water Management: Past and Future Adaptation and is co-sponsored by the Institute for South Asia Studies. 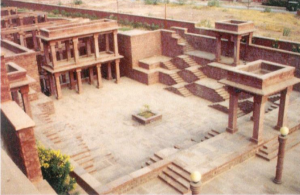 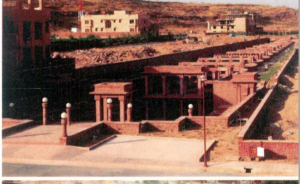 Save the date for the 15th Annual Berkeley River Restoration Symposium! This will include a keynote talk, presentation of graduate student research in river restoration, and discussion by expert panel. Our keynote speakers this year will be: 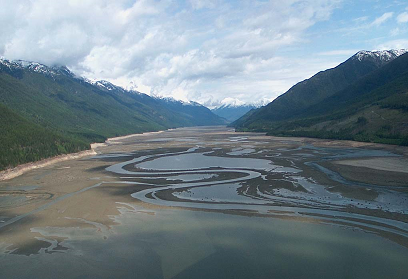 The Columbia River Treaty between the US and Canada has been recognized as an innovative example of the bi-national management of the water resources of an international river. However, when the Treaty was ratified in 1964, it did not adequately consider the rights and responsibilities of tribes and First Nations or local residents, ecological functions such as fish and fish habitat, instream flow needs, river processes and ecology, etc. Additionally, the treaty did not address issues such as water requirements for municipal, industrial and agricultural uses, river transport and recreation, water quality, or potential changes in runoff characteristics and water temperature as a result of climate change. The United States and Canada are currently renegotiating the Columbia River Treaty and incorporating ecosystem function into the agreement, which was originally designed for hydropower generation and flood control, is a central theme. Both parties agree that an adaptive management framework will be critical to achieving these multiple objectives and treaty renegotiations are widely seen as providing an opportunity to modernize the treaty by including consideration of the above issues.

On May 9, 2019 the UC Berkeley Canadian Studies Program, Institute of International Studies, and Riverlab hosted a workshop on incorporating adaptive management (AM) into a modernized Columbia River Treaty. Scientists, policy experts, and representatives of First Nations and Tribes from Canada and the US met at UC Berkeley to present and discuss principles of adaptive management, successful precedents, and consider issues of legal perspectives, climate change, and power management relevant to revising the 55-year old treaty.

Reflecting the conclusions of the workshop was a one-page communiqué sent to US and Canadian negotiators in Washington and Ottawa. A more detailed summary of the workshop recommendations is available below:

Tweet
We are excited about a recent study co-authored by RiverLab masters student Tyler Nodine, which was recently published by the Canadian Journal of Fisheries and Aquatic Sciences!
Using a combination of remote sensing and machine learning algorithms, the study estimates the potential benefit of floodplain reconnection throughout the Columbia River Basin (CBR) to Chinook salmon (Oncorhynchus tshawytscha) parr. The study found that connected floodplain width was the most important factor for determining side channel presence, and estimated a 26% decrease in side channel habitat area from historical conditions. Reconnection of historical floodplains currently used for agriculture could increase side channel habitat by 25% and spring Chinook salmon parr total rearing capacity by 9% over current estimates.
This publication came out of the Tyler’s work at NOAA at the Northwest Science Center. The paper is  can be downloaded directly here.
Bond, M. H., Nodine, T. G., Beechie, T. J., & Zabel, R. W. (2018). Estimating the benefits of widespread floodplain reconnection for Columbia River Chinook salmon. Canadian Journal of Fisheries and Aquatic Sciences, 1–15. https://doi.org/10.1139/cjfas-2018-0108
Tweet

A 2004 publication of the IGBP (Global Change and the Earth System) postulated that the Anthropocene really began with what was called “the great acceleration” of the 1950s, based on a clear break in the evolution of societies and the economy, and in the functioning of the earth system.  Lussault argues that this break was linked to the start of massive urbanization of the planet. The Anthropocene would thus be an “urbanocene”, that is to say, a spectacular evolution of the earth system, with urbanization as a primary driver.  The seminar is sponsored by the UC Berkeley Global Metropolitan Studies Program and co-sponsored by the Institute of International Studies interdisciplinary faculty seminar Water Management: Past and Future Adaptation.

Michel Lussault is a  geographer and professor of urban global studies at the University of Lyon, (Ecole Normale Supérieure), France. A well-known specialist in urban studies and theoretical geography, he has published many books and scientific papers, and given lectures in universities throughout France and elsewhere. Since 2005 his research has centered on global urbanization as a new “milieu” for people, issues of urban vulnerability, “spatial care” as a framework for understanding global change adaptation, and the urban anthropocene.  He received an 8-year grant from the French National Program “Investments For Future” to create a new intensive and elite scientific and graduation program, Lyon School of Urban Anthropocene Studies (https://ecoleurbainedelyon.universite-lyon.fr).

Boosting the green economy is a goal for many nations in the era of climate change, and a number of green policies have been bursting around the world in the last decade. The efforts of South Korea include the world’s largest tidal power generation along the west coast, a new green city incorporating sustainable urban design principles, and a nationwide river restoration program. These green initiatives have been widely touted by international organizations and the media as “Green New Deals” or have received a major urban design award. In spite of this recognition, these efforts have been highly controversial and severely criticized by many scholars, environmental groups, and the public because of their substantial ecological impacts, particularly on endangered wildlife habitats and internationally recognized wetlands that host tens of thousands of migratory birds.

Ko critically reviews three cases of green initiatives in South Korea: tidal power plants plans, Songdo International City, and the Four Major Rivers Restoration Project that have been pursued since 2008, focusing on lessons learned from the past decade, on-going issues, and new policy directions in water and coastal management. Given the urgency of climate change, the conflicts among different “green” approaches are expected to increasingly occur around the world. Ko points out the implications for wise decision-making and planning in comparable cases.

Yekang Ko is an Assistant Professor of Landscape Architecture at the University of Oregon where she teaches urban sustainability, energy landscapes, and landscape planning analysis. She obtained her Ph.D. in Landscape Architecture and Environmental Planning from UC Berkeley in 2012. Her research focuses on urban energy planning, green infrastructure assessment, and physical planning and design for climate change mitigation and adaptation, with a geographic focus on the Asia-Pacific region. She is the BLA program director and the Director of the Sustainable Cities and Landscapes Hub of the Association of Pacific Rim Universities (APRU).

This seminar is part of the interdisciplinary faculty seminar series, Water Management: Past and Future Adaptation, presented under the auspices of the UC Berkeley Institute of International Studies.  As both the developed and developing world confront intensifying demands on rivers and other water resources, impacts are evident from extractions of water for human uses, proliferation of dams, mining sediments from river beds, and intensified land-use impacts, all exacerbated by climate change. Accelerated erosion of coasts and deltas (e.g., from sediment starvation, groundwater pumping, accelerated sea-level rise) are among the manifestations of these impacts. Our seminar takes an interdisciplinary approach these challenges by examining how societies have adapted to variability in the past (uncertainty in water supply, flood risk, etc) and considers the tools we have to manage future variability in river flows and sediment loads, including variability in water supplies, increased flood risk, and the existential threat to many coastal and riverine areas.

Jaeeung Yi is a professor at the department of civil engineering in Ajou University, Korea and he is currently a visiting scholar at the Department of Landscape Architecture & Environmental Planning, UC. Berkeley. His main study area is hydrology and water resources system management.

This seminar is part of the interdisciplinary faculty seminar series, Water Management: Past and Future Adaptation, presented under the auspices of the UC Berkeley Institute of International Studies.  As both the developed and developing world confront intensifying demands on rivers and other water resources, impacts are evident from extractions of water for human uses, proliferation of dams, mining sediments from river beds, and intensified land-use impacts, all exacerbated by climate change. Accelerated erosion of coasts and deltas (e.g., from sediment starvation, groundwater pumping, accelerated sea-level rise) are among the manifestations of these impacts. Our seminar takes an interdisciplinary approach these challenges by examining how societies have adapted to variability in the past (uncertainty in water supply, flood risk, etc) and considers the tools we have to manage future variability in river flows and sediment loads, including variability in water supplies, increased flood risk, and the existential threat to many coastal and riverine areas.

Fluvial geomorphology has developed a sophisticated understanding of the links between upstream basins and deltas, including the impact of dams on sediment fluxes, the consequences of sand and gravel mining, or the construction of embankments. Environmental history, historical geography, and science and technology studies (STS) have shed light on the entanglement between river systems and social dynamics, emphasizing the crucial role of technology and engineering and the complexity of policy and politics of river management. We believe that there is much to be gained in combining the insights and approaches of these disciplines to the study of sediments in river systems. The workshop will convene fluvial geomorphologists, environmental historians, historical geographers, and STS scholars with a shared interest in geomorphological change of rivers and deltas, to compare and discuss research questions, methodologies, and empirical cases. Our aim is to lay the foundation for a sustained interdisciplinary dialogue.

This workshop is part of a collaborative effort funded by grants from the France-Berkeley Fund, the UC Berkeley Social Science Matrix and Institute of International Studies, and an Emergence(s) grant from the City of Paris.  Within the limits of available budget, we will cover travel expenses and lodging of selected participants. We especially welcome applications from junior scholars (PhD candidates, postdoctoral fellows, and other early career scholars).

Your proposal should consist of an abstract (ca. 300 words) and a brief biographical note (ca. 150 words). Please submit proposals to giacomo.parrinello@sciencespo.fr by 31 January 2018 with the subject “Sediment Workshop.”