The vision of the Fifty-Year Plan — as adopted by Contra Costa County in 2009 — transforms the problem of aging flood infrastructure into an opportunity to restore creek corridors for multiple benefits. 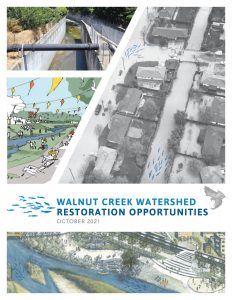 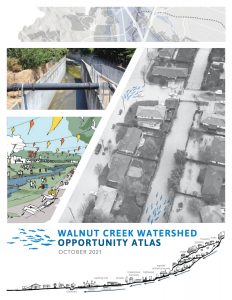 Throughout California, concrete channels allowed cities and suburbs to develop and prosper in flood-prone valleys, often up to the channel’s edge. Built in the 1950's onward, hardened flood infrastructure will need replacement in the next fifty years.

Today, concrete channels are locked in place, surrounded by development and increasingly prone to failure as individual components degrade. In 2009, the Contra Costa County Flood Control and Water Conservation District proposed a "Fifty-Year Plan" to restore rather than replace aging concrete channels.

Our report and atlas are two outcomes of this analysis. To download, click on report images above.